Nuts to be pensioned 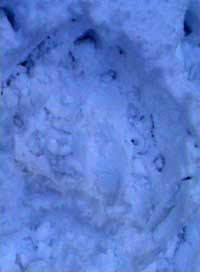 Well, as one of the last manifestations of the year (participation at a presentation (Machine #3) in Gent) the best I could come up with concerning the various considerations around the decommissioning of art, artist and artworld was the exclamation ejaculated by Gen.
Anthony C McAuliffe, (born Washington DC July 2, 1898) also just before X-mas sixty-five years hence - 22 December 1944: “nuts” (...and not some other four-letter word as reported) in response to an ultimatum by the German side... that about sums it up quite well – can’t live with it can’t be without it... a bind, a quandary and a dilemma... just have to wing it then.
So this year also ends with a bit question mark as to how it will go on, hoping for the best as usual... but already things are not looking too good, and the recent announcement that the former ICC / royal palace (Meir 50 Antwerp) will become an eatery and chocolate-outlet just reminds us how superficial officialdom will become when left to it’s own devices... following the money for the most part.. all part of the general sell-out / privatization scheme which has already proven to be a bad idea...
So it looks like the pensioned artists will have clamber back onto the barricades again... nuts!
Gepost door bureau gruzemayerblogB op 07:08 Geen opmerkingen: