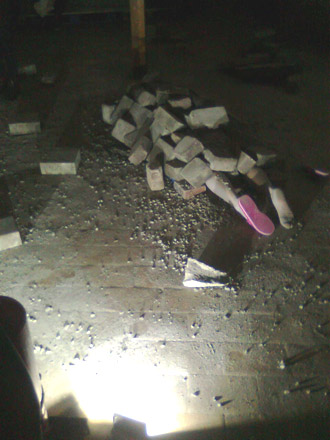 It had been a while since there was again a more or less performative sculpture evening at Buktapaktop – literature with some perf, song with some perf, but this time the space was more of a scene itself, which was nice – set, the scene as it were by a girl crushed by the weight of scenery. For a moment Bukta became Aleppo and the victims crushed in their nightgowns, dusted by debris, still breathing... she remained there for an hour which was already disconcerting – how must it be for the real victims of the rubble-rousing disaster which has befallen Syria, no soap.
Hap-hopping pep-talk on how to ameliorate your being – you well-being, you self-being and the relation to the world around you- hop to it, get involved, just short of physical (can’t get that tune out of my head now...) go for it, advised and coached by professional know-it-alls, grouped together in team spirited upstarts, groomed by corporate web-talk and supporting human resource junkies... Yes! Yes Yesss... 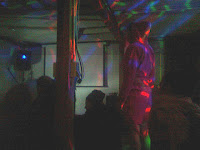 Collectif Chôse
An interesting alternating mix of integrated performance, lecture and visuals; following through chapters but intertwined, parallel divergent, re-referencing and simultaneous brief. An extende discourse on ambidexterity lined up with a collection of paving stones, again pep talk or video, again from before, or no, another one, for instance witnessing the failing light while in fact not being aware of it... nothing happening so to speak but all the while not knowing where to turn first – a reflection on our own capacity to observe...
Reconstructing what we saw into something translucent, which we might have drank from, cemented in a precarious attitude just short of identifiable. 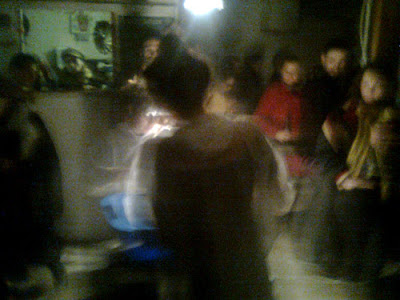 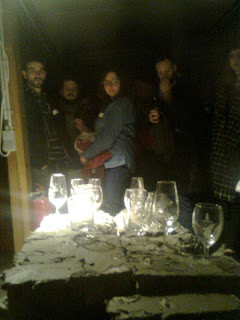 on this occasion Chôse is 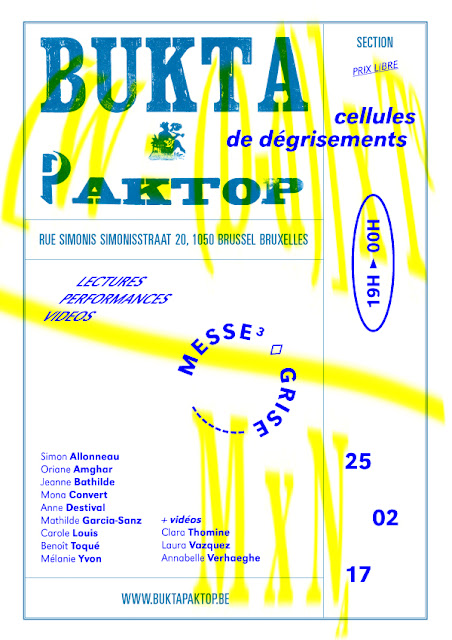